Sign up for our dog daycare , dog training or boarding services by visiting wolfpackcanine.com and clicking “Apply With Us”....spots are filling up quickly.

Walter wins King of the Hill

A long journey with a very happy ending! Buddha is home!

Buddha has been in the shelter system since July 2021 - which is crazy for New England! He came into Woonsocket RI as an unsocialized 7 month old puppy with endless energy in addition to mouthy, jumpy and overstimulated behaviors. We met him in August and didn’t have a Foster who could help at that time. He got some training from the wonderful Jen at Infinite Pawz-ibilities and improved as he adjusted to shelter life. We were finally able to invest in him follow the generous donations we received on Giving Tuesday and moved him to a board & train with our friends at @wolfpackcanine. He had some amazing fosters step up for him following this including Laura & Sam, and ultimately ended up finding a quiet home and decompression with his amazing mom, Alicia. Alicia had recently lost BBR alum, Ruby, and wasn’t sure she was ready for another dog, but Buddha ended up being exactly what she needed. Buddha is doing better than we ever thought possible and his smile says it all - congrats 💕

Welcome to the pack 🐺💜

*Holiday hours*
Wolf Pack Canine will be closed for Day Training & Daycare on the dates listed above.
Overnight boarding still available 7 nights a week.
Have a safe and wonderful holiday!

*Holiday Special*
30 Pack of Daycare for $750
($25 per day)
*Days never expire
Payments may be made in person or over the phone.

Odie in the boX 📦

A Trainer I Look Up To

Well, the state of the dog industry at the moment is weak to say the least here in the UK. We have a load of clicks, dotted around the country where there way is better than any other way, there's very little companionship, loyalty.

People are gossiping and generally doing nothing to take the industry further forward, and honestly, lately it has absolutely killed my mojo to train.

I've got a bunch of Academy Members that can't even get a reply from sport clubs to get their foot in the door. They are desperate to learn but nobody wants to know you if you are new, or not already part of a circle.

Some dog trainers are doing absolutely nothing except going live to slate other people and it's so tiring.

I've stood on fields before with people I know and been flat out ignored, like I didn't even exist... So let's do something a bit positive.

Drop the name of a trainer you admire in the comments, and write a decent description about why. Let's get together rather than just slating each other every day.

My trainer of choice is Jared Wolf, from Wolf Pack Canine. Jared has no doubt got THE best feel I have ever seen in a dog trainer. He works in ways that I have never, ever seen from any other trainer in the world. Not Michael Ellis, not Ivan, not Ronnie... None of them.

Jared has something that I don't see much of these days and that's a genuine love for working alongside a dog. He isn't trophy chasing, or ego chasing. He goes out and trains, with his crew because they love it.

Go check him out - You will not find better.

Welcome to the pack 🐺🐾

Welcome to the Pack 🐺🖤

Thank you to everyone that participated in our May Giveaway!
•
We are very excited to make someone’s day with all this amazing dog training equipment that we use here at WPC on a daily basis. We used the hash tag photos and randomly selected the winner. Straight outta N.C. @brazenk9 Congratulations!!
•
DM us your address and we will get this package shipped out next week ! We hope these items are useful to you and your dog’s journey. 🐺🖤

Be the first to know and let us send you an email when Wolf Pack Canine posts news and promotions. Your email address will not be used for any other purpose, and you can unsubscribe at any time. 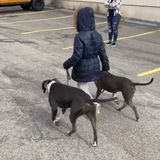 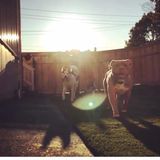 Other Pet Services in Salem

Rufus trying to tell the 2 labs that just walked past his house that they should join the Wolf Pack. His owners supported his recommendation.
https://images.app.goo.gl/bTyDTFy6FfFHgmvJ7 Sasha,Onyx? -Juan
Are you closed today?