I have always loved animals and thrilled to be in business with you caring for your pets! Up to 10 dogs. Please email me to start the application process.

Daycare & Boarding services for your dogs in my home, year-round services through the holidays. All dogs must be up to date on vaccinations. Enforces 3 strike policy. I have 5 years of experience working with animals with other companies and with my own dog walking business.

🌟Introducing the new kitchen Roomba: Immediately cleans anything you spill on the floor and then returns itself to it’s docking station!

We say ‘Never Forget.’ Beauty is found wherever it needs to be felt and known and especially when one starts to forget. Bless the animals that come to us, to rescue us. We too sacrifice ourselves to rescue others.

They catch us when we fall. They carry us and share with us all that we are and more. Animals walk with us to show the way of what is beautiful so that we may know beauty and live in beauty.

Animals are teaching us to love again, without conditions. They help us find each other again. They help us see again. They’re showing us the beauty way, how to be beautiful inside and live it. Through them we can do to other people.

We all need a good laugh these days. 😄😂

Soon. I’m looking forward to getting sniffed out again and then go on a house wide hunt looking 👀 for Rosie. 😂🐅😹

Well atleast it’s not a cat!

Another reason to love dogs!

16-Foot Python Is So Gentle With Her Favorite Girl

Lad And His Deer Are Best Friends

When she’s waiting for you to find her.

🥰 Aww love people like this!! 🙏
This is actually in DC. Rock Creek Parkway & Virginia ave NW!

Watch as an officer and her cat partner visit preschoolers

Racehorse is one cool cat

Racehorse is one cool cat

When pets walk in your life at the right time isn’t a coincidence.

Looks good to me!

cat-paralysis is the least of his problems....😂🙈 I'd hire him to cat sit.

Happy Squirrel Appreciation Day!
The Douglas Squirrel (Tamiasciurus douglasii), also known as the Pine Squirrel or Chickaree, is native to Pacific coast of North America from Southwest British Columbia, Canada in the north to Northern California in the south. This diurnal rodent feeds primarily on pine seeds, along with a wide-ranging supplemental diet, when pine seeds are less plentiful. Since the majority of its diet is pine seeds, the Douglas Squirrel is an important seed disperser.

Learn to Draw Awesome Animals with us on YouTube: https://rb.gy/mn4q77

Awww! 😂 The ferret is licking it’s lips in every clip! 😂

Woman Adopts A 10-Year-Old Goldfish And Completely Transforms Him

Be the first to know and let us send you an email when Francis Animals posts news and promotions. Your email address will not be used for any other purpose, and you can unsubscribe at any time.

Send a message to Francis Animals: 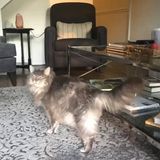 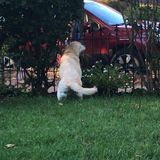 No shame in borking. 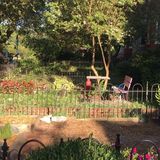 Other Dog Day Care Centers in Washington D.C. (show all)