Dog training for all breeds, ages and temperaments! Using a combination of techniques from across the Dog Training world, we accomplish reliable and consistent results with an easy-going and fun approach.

Group Class is the perfect way to safely challenge your dogs understanding of a behavior.

Meet Nuala one of our recent 2 week Board and Train graduates!

She is a 15 month old soft coated Wheaton Terrier, who came to stay with us to learn her basic obedience and how to stop jumping on people. We’re going to miss this sweet face and her long eyelashes!

Tips for rewarding with Food

Training your dog with treats? Here’s a few tips to make rewarding with food easier! #onlinetrainertoolbox

Calling pet owners 📢 Take the mystery out of training your dog! Introducing our Online Trainer Toolbox - $15/month for:

Plus receive access to our private Facebook group to ask our trainer questions, and request topics you’d like to see discussed. New videos added to the platform every month!

Owning more than 1 dog comes with it’s rewards and difficulties. Which is why getting compatible pack mates is so important!

Meet Goldie the Yorkie who is turning TEN YEARS OLD on Sunday, and her German Shepherd brother Hanzo. They are an unlikely duo, but their individual intensities and natural predispositions make for a great match 🔐

Bucky the Brittany Spaniel and working on agility today!

Bucky is one of our advanced students who has been through our Puppy Foundations and Companion Dog programs. His dad wants to get him into agility work - so we built some obstacles for him!

Meet Bougureau (Boog!)⠀⠀⠀⠀⠀⠀⠀⠀⠀
⠀⠀⠀⠀⠀⠀⠀⠀⠀
His mom and dad chose to enroll him in the Board and Train because at home he is the sweetest, best dog - but when out in public and faced with meeting new people, he had major issues with lunging, nipping and barking. ⠀⠀⠀⠀⠀⠀⠀⠀⠀
⠀⠀⠀⠀⠀⠀⠀⠀⠀
We learned that as a puppy, a stranger passed his family on a hiking trail and unprovoked kicked Boog in the face 😢 So our starting point was to try rebuilding his trust in the world. Throughout the 2 weeks he found his confidence through learning some new skills, and to check in with his owner and rely on them when new (unfamiliar) things show up.⠀⠀⠀⠀⠀⠀⠀⠀⠀
⠀⠀⠀⠀⠀⠀⠀⠀⠀
Thank you for trusting us with your Boog as he faced his "people fears". We're honored you picked us ❤️

They have put countless hours into their obedience training, and after completing a rigorous set of requirements - are finally set to start at @primarychildrens hospital after Thanksgiving.

Good job you two, you make us proud 💯🐾

Did you know that we offer our Signature group class 4x a week?

Check our trainer @derrickhepworth and board & train Zuchie out working on engagement with lots of dog distractions!

Results like this are why we do what we do👆💯

Thank you for the awesome review Flor and Coco!

“I took my 1 year old husky mix, Coco for the 2 week training course. I was very skeptical at first because I was having a hard time getting him to listen - but after the 2 weeks there was a dramatic difference in his behavior. I continued the training at home like I was instructed to do, and Coco is an absolute dream dog now. He used to bolt out of the front door any time he could, chew on everything, run away constantly and now he understands he shouldn’t do any of those things. He is off leash more often than not now because he is so well behaved around people and other dogs. Giving him more freedom and time to play and be a dog has strengthened our bond, something I didn’t expect from the training but our bond is stronger than ever. The “training” is a continued process that I now enjoy doing with Coco and it doesn’t feel like a fight anymore, to him it’s playing and he loves it. The best part is that he is still my energetic playful Coco he always was but well behaved now! I see so many stories of people giving up their dogs because of behavioral problems and I didn’t want that to happen to me and Coco so I looked into training. I found this place, it was reasonably priced with good reviews and I’m glad I picked them. Thank you to everyone at The Canine Mind that helped train Coco and giving us that foundation that we so desperately needed. It was worth ever penny!”

Have you seen our new slip leashes 👀

A flexible rope + adjustable stopper to lock the leash in place makes the perfect training tool!

Mini (1/4”) and Regular (1/2”) sizes now available on our website and in person at our training facility.

We spent the week fine tuning her obedience and teaching leash manners. She’s going home with a ton of new life skills - and her same loving personality 🐾

Watch her show off for her parents at their turnover lesson!

The bull mask + bubble machine combo took distractions to the next level at group class! Happy Halloween everyone 🎃👻

If your dog shows you they are afraid of something, instead of letting them run away - stay in the moment together and calmly reassure them they are safe. Don’t forget your verbal feedback!

Happy Birthday to our pack leader @alexkrikorian 🥳🥳 30 looks good on you!

Something to keep in mind when training a pack:
Each dog will always assume you’re talking to them, so remember that what you say is for all of them - all the time time. By using their names, and being very particular about what you say and when you say it, the dogs can learn as individuals and as part of the group!

Check out how you can best prepare your dog for the 4th of July festivities!

Between the fireworks, parades, and parties the 4th of July can be a really stressful time for your dog, but there are some things you can do to prepare them for the festivities!

Dog Training so straightforward, even kids can do it!

Did you hear? We are finalists for Best of SLC in Pet Training! We couldn’t have done it without all your support, and are so grateful to be a part of such a remarkable community of dogs and owners.

Thank you for voting for us, we are so honored.

Gus the Newfoundland cooling off in the shade during his Board & Train program. As we enter into summer and the temperature continues to heat up, early morning or evenings are the best times to work with your dog outside. Doing multiple, shorter training sessions throughout the day and providing them with plenty of water is the best way to ensure your dog doesn’t get overheated.

#tongueouttuesday with Calico (Callie)! She started with us in the Sidekick Series for foundational training then refined her obedience with a 2 Week Board & Train. We are so proud of all the progress she’s made and are looking forward to seeing her continued development in Group Class!

Melo practicing ‘place’ on different objects at Liberty Park during his Board & Train!

We are excited to announce that we have been nominated for Best of SLC in Pet Training!

To vote for us go to bestofslc.com/vote. Under ‘Services’ select ‘Pet Training’ click on The Canine Mind and then register your vote!

We are so grateful for your support and look forward to continuing our work helping people foster a closer bond with their dogs through an educational and fun training experience.

Auggie (9 month old Cavapoo) after his grooming training during his 30 day Board & Train.

In order to desensitize your dog to different aspects of grooming it’s important to practice brushing, nail trimming, and teeth cleaning regularly. Using treats also helps to reinforce that it is a positive experience!

Asher (9 month old Rottweiler) with us for a 2 week Board & Train enjoying his training session at Liberty Park!

As the weather starts to warm up and we spend more time with our dogs outside, remember to make sure they are getting plenty of water!

We’re excited to see everyone at Group Class tonight 🐾 We have opened up additional spots in all our signature adult and puppy group classes, visit our scheduling page to book your next class!

Be the first to know and let us send you an email when The Canine Mind posts news and promotions. Your email address will not be used for any other purpose, and you can unsubscribe at any time.

Send a message to The Canine Mind: 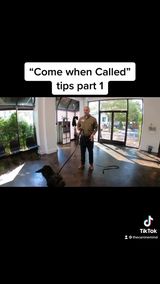 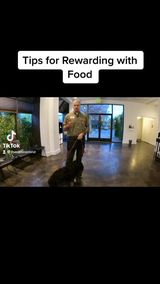 Tips for rewarding with Food 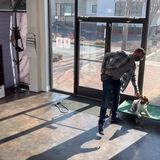 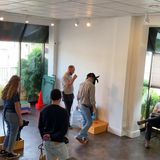 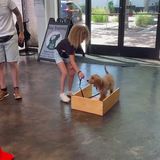 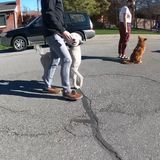 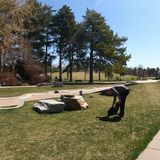 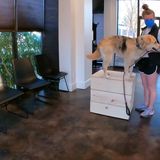 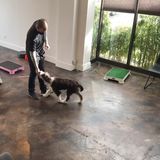 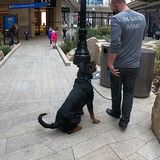 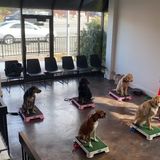 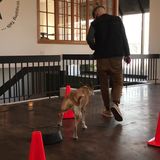 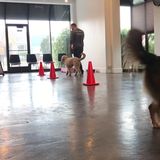 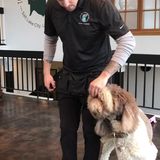 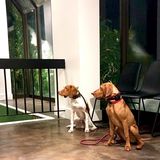 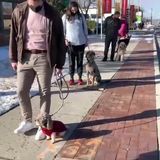 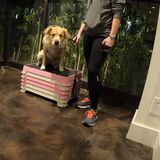 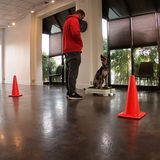 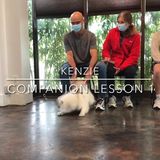 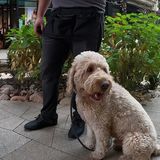 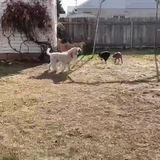 The Canine Mind was founded by Alex Krikorian in 2009 with the purpose of educating dog parents on the inner-workings of their pet’s mind. He wanted to help owner’s foster a closer bond with their dogs, accomplish force free obedience, and ensure a lifetime of wagging tails.

Alex’s dog journey began Christmas 2006 when he received his first dog, a cute but fearfully-aggressive Boxer named Rocky. Rocky was a loving companion inside the home, but was anxious and aggressive when outside on walks. It took Alex observing and bonding with Rocky to build a strong and trusting connection, which allowed him to find the root of his aggressive behavior and ultimately soothe it. His success rehabilitating Rocky’s behavior was the launchpad that inspired a career in Dog Behavior Modification and Training.

Alex spent the following years studying with and learning from many trainers and behaviorists, including Ian Dunbarr and Michael Ellis, while also climbing the ranks at PetSmart, INC. After three years as their Regional Training Manager and with no further to climb, Alex officially founded The Canine Mind, offering Private Dog Training Lessons, Group Classes, and full spectrum Board & Train Services. After finding great success in the San Francisco Bay Area, Alex relocated The Canine Mind to his fiance’s hometown in Salt Lake City, Utah where plans are underway to open the first brick and mortar location.

Cerberus and tila have attended 3 classes so far, they are making progress at an amazing pace. We just learned these new things on Thursday and our having fun with it