Keryn For Your Pets offers in-home pet care for ALL types of animals. My name is Keryn and I have a passion for animals and a love of people. I have been pet sitting since I was a young girl and within the last few years it has become more than a hobby. My previous pet care experience includes 12yrs working in the veterinary field as a Veterinary Receptionist, Assistant & Hydrotherapy Technician.

Keryn For Your Pets offers in-home pet care for ALL types of animals. My name is Keryn and I have a passion for animals and a love of people. I have been pet sitting since I was a young girl and within the last few years it has become more than a hobby. My previous pet care experience includes 12yrs working in the veterinary field as a Veterinary Receptionist, Assistant & Hydrotherapy Technician.

I was informed a few weeks ago that Blue is no longer with us. She wasn't doing well at all. The family had to make that difficult decision that most of us pet owners at some point have to do. There is a silver lining... she has been reunited with her Momma, Norma, in heaven.

Rosey's goodbye kiss was a good one today
💋🌊🤦

Adventured to a dog park I haven't been to before.
Large main area, shy dog area, trails, beautiful lookout spot, pooper scoopers, trash cans, water supply, porta-potty, plenty of parking 😯
This park is a WINNER in my book!🏆
The pups (Bear, Wasabi & Ginger) seemed to enjoy themselves.

Miss Marley was given her monthly Zycortal injection for her Addison's Disease today. The family was home this time since we also had a RTC (run through of care) appointment for overnight pet sitting this coming weekend.
Loki not pictured. He was too excited to sit still for a pic. He certainly is a handsome Aussie and I'm thrilled to be caring for both of them soon.

Pudgey & I love you Noodle and always will.
RIP Pugger from another Mother.
🐾❤️🌈

I enjoyed my last scheduled walk with Olivia & Fitzgerald this past Monday. It's a little bittersweet but I'm sure I'll see them again for pet sitting someday.

The holiday season is a favorite time of year for many who transform their homes with festive decorations, bake winter treats, and open their doors to guests.

This Pack kept us movin' on the Interurban Trail

All my snow pups from today...

Last night with Elijah as my Bed Buddy

Tux & Buttercup waiting for their meal while Squeak gets her chance to eat first.

Wrapped up care for this kitty household. Hope to have the pleasure to do it again someday.

My friend Otus has crossed the rainbow bridge. His perfect sploots and grumbles of content will now be enjoyed by everyone in heaven. See ya up there someday buddy. We'll miss you down here in the meantime. ❤️🐾🌈

Want to stay in the loop on the latest and greatest in keeping your pet happy and healthy? Sign up for our newsletter today! Email* What kind of pet do you have?* Dog Cat Bird Other Submit Marketing by ActiveCampaign

Squeak and I have a routine for her medication administration...
1) confine her with food
2) leave & wait for ~1hr
3) return to see she ate
4) glove up, purrito, give meds
5) "Good Kitty"

Onyx takes advantage of the fresh wet food while Ash & Ghost are distracted by the laser light.

Besides Skye's little hunger strike these 2 did amazing for their first pet sit with me. Definitely glad we started with weekly walks a few months prior since Skye is a 'special' girl and needed lots of time to get to know me.
Next, overnight pet care for New Years!

These 3 appear to be keeping the house in order while Mom & Dad are away.
"Good Kitties! Pspspsps."

Lucy was a very good girl for her nail trim appointment Wednesday.
She would like to help me announce that moving forward I will only be offering Nail Trims to established clients pets.
***NO NEW CLIENT NAIL TRIMS***
I apologize for any inconvenience but happy to refer anyone to PawsNmore Animal Care LLC for your Mani/Pedi needs.

Wasabi & Ginger are enjoying some extra Adventure Days.
Why???
Welcome Mordecai & Rigby to the family!

Look at this handsome little guy!
Bentley is still working on trusting me but every once in awhile I get a glimpse of a confident, friendly, little dude.
(Preparing for pet sitting over Christmas)

Began drop-in visits for Skye & Lincoln Monday. Our weekly walks have prepared for this moment and it has definitely helped with her barking and allowing me to leash her. However, it didn't prepare me for her hunger strike.
"Oh Skye."

I finally spotted Sammy in other hiding places!
Last night under the sink & this morning under the bed. Success!!!

Ranger enjoys the playdate but hates the goodbye.
***SOUND***

Finn gets in the car on his own now so, he & Izzy joined Ranger & I for a playdate at Baker & Denali's

I'm in the process of becoming a 'Certified' Professional Pet Sitter (CPPS) through Pet Sitters International
.
.
.
How PURRfect to have Orca Kitty as my study buddy!

Be the first to know and let us send you an email when Keryn For Your Pets posts news and promotions. Your email address will not be used for any other purpose, and you can unsubscribe at any time.

Send a message to Keryn For Your Pets: 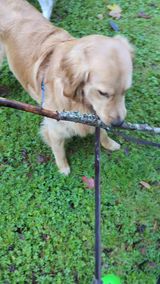 Fitz has his own 'walk' style. It's called puppy. I remind him he is a 1yr old Big Boy but, he doesn't listen. 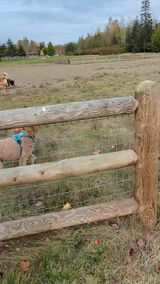 Hooper & Charlie got some parktime while Beau & I made laps around the dog park. Why? Well, my Beau Buddy (that's what I call him) has a rough play style & the majority of dogs we come across don't like it. He plays well with his family, me & (Doodle Doppelganger) Whidbey. #whateverworks #parktime #poodlelove #rescuedog #dogwalkerlife #ilovemyjob #ilovedogs 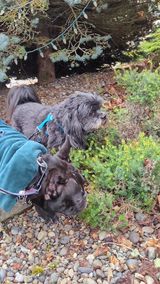 Bentley might have a new friend (which is still not me) & his name is Bruno. #socialvisit #whateverittakes #petsitterlife #dogwalkerlife #ilovedogs 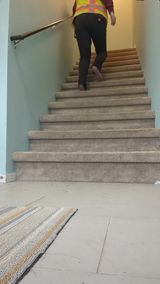 Simone (Chow Chow) likes being the only girl at the playdate. I think the boys like it too! 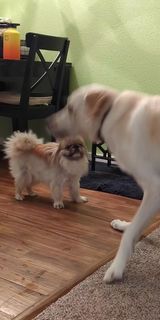 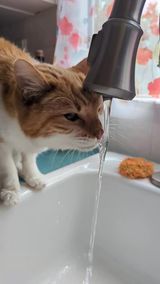 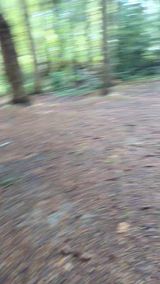 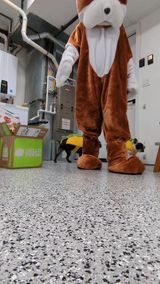 This is not the reaction I was expecting from Tacos Mochi & Bruno. Happy Halloween 🎃

Took the Tuesday crew to the dog park. Whidbey must have thought I had my hands full because he continually helped me keep an eye on Baby Cliff. 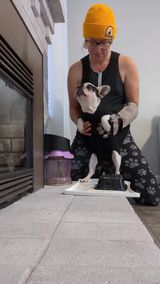 I'm back caring for (Megaesophagus) Mochi! Her lifted food bowl & burping between offerings was still making her vomit during & after eating. If I had one of those doggy highchairs I would use it but I don't. So instead, I cut some holes in an old tank. No vomiting during or after (for a few hours)! #petsitterlife #specialneedsdog #megaesophagusdog #whateverworks #success

Denali gets spayed, turns 1 and decides she wants all the Boys attention. Just watch! . . . She literally jumps up to stop the video when I'm about to mention (her boyfriend) Bernard's name 😲 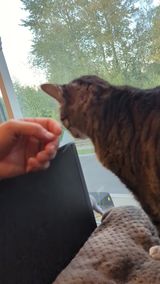 My morning with BC & Squeak

Rosey joined the playdate at Baker & Denali's on Friday, where we all got to hear a new voice from her. 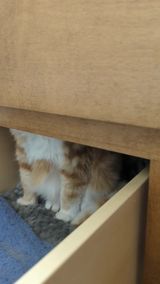 After ~30min of slow blinks, pspsps's, soft chatter, fake purring, etc... I was able to get in a few scritches. From what I could tell I didn't disturb too much. Good Sammy Kitty! 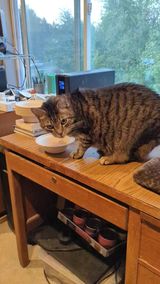 Maybe by Friday evening, before Mom & Dad get home, I'll be allowed to pet 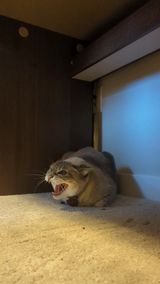 Just another insulin injection for Squeak. No big deal (to me). 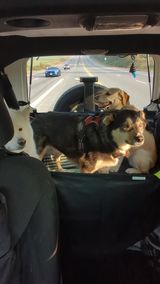 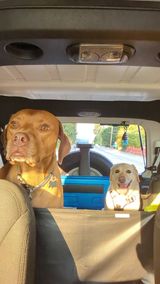 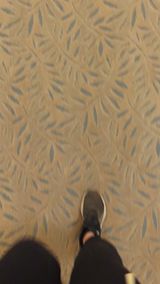 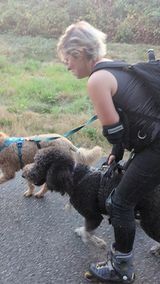 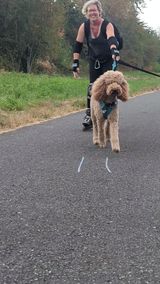 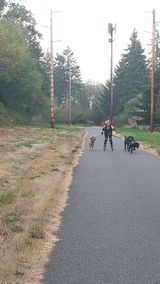 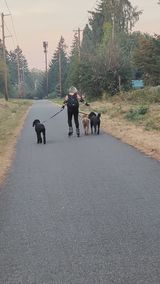 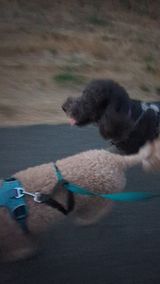 You never know how it's going to go until you try. We tried & succeeded! Good boys!!! That was fun.

Other Dog walkers in Mukilteo

Other Dog walkers in Mukilteo (show all)