We are Double "S" Belgians from Menan, Idaho and Tillamook,Oregon and have successfully shown across North America. We love this horse!!

We are very excited about Zelda’s future!

Looking for a zero sugar snack to get you through the rest of this winter? Look no further!

Day 8 of 22! It's almost here! We welcome Double S Belgians to the show line-up. Please give them a warm welcome! 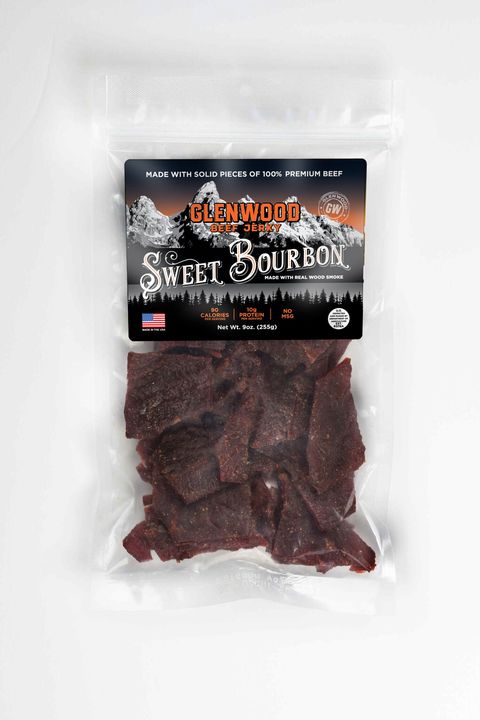 Check out our brand new jerky flavor, Sweet Bourbon! This wonderful creation is sure to make you want to eat the entire bag in one sitting. Our Sweet Bourbon jerky is handcrafted right here in our local facility, using local bourbon supplied by Idaho’s own Grand Teton Distillery. This jerky beautifully balances a tender, sweet meat with just the right hint of that bourbon flavor that you know and love.

Order it today at glenwoodsnacks.com/store/os/sweetbourbon!

✨Meet another the Hitches! ✨

Double S Belgians is owned by Bryce Smith and trained and driven by Kyle Forsyth. We are located in Menan, Idaho. Double ‘S’ began competing in the Six-Horse Hitch Classic Series in 2010 with Clydesdales, and made the switch to Belgians in 2017. We travel across North America competing at eight to ten shows a year. 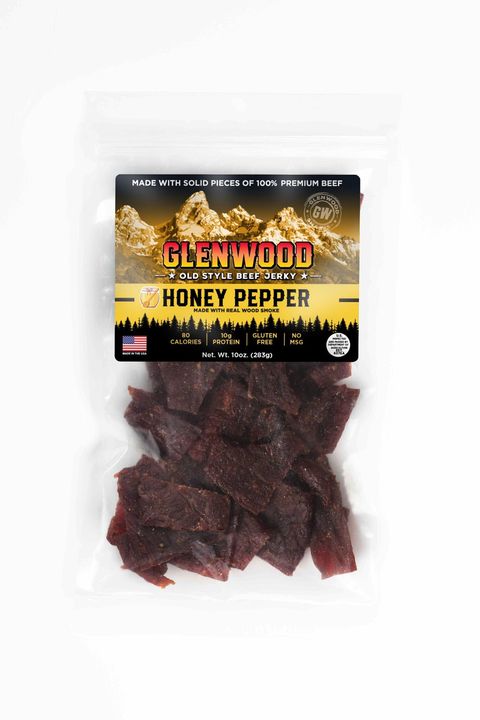 A little winter training. A big thank you to Kent Gingerich for making this rising 3 year old available. Also a big shout out to Creekside Belgians for raising him.

There's really only one item that should be used to stuff your Christmas stockings this year. And quite frankly, every year after.

Come into our retail store in St. Anthony, Idaho or shop online at glenwoodsnacks.com/store.

Last chance to save 25% on our Cyber Monday deal! Just use the code "CMONDAY" when you checkout to save!

Just in time for the holidays! You're welcome.

The deals just don't stop! Shop online on Cyber Monday and save 25% when you use the code "CMONDAY" at checkout! This is a great opportunity for you to ship jerky to a family member or friend just in time for the holidays!

Shop now at glenwoodsnacks.com/store. Oh, and we recommend the 7-Alarm if you like it hot.

We know that you've got the main course taken care of when it comes to Thanksgiving this week. But, what are you going to snack on in between all the meals?

Head over to glenwoodsnacks.com/store and check out which flavors you'd like to accompany your meals this holiday season.

One of our all time favorites!!

We are honored, proud, and excited to be taking part in an amazing event!!

CONGRATULATIONS to our 2020 World Finalists! Keep watching our page for their individual introductions over the next couple of days!

We can't wait to see you all at the MEC for the North American Six-Horse Hitch Classic Series 2019-2020 World Finals!

Thankful for Double S Belgians, letting me ride and run my business out of their indoor facility.

SOLD
8 year old Belgian gelding for sale. 18 hands. He’s been in our lead and swing. Very athletic with a great personality. PM for more details or contact Kyle at 208-710-9503.

We were truly honored to receive the Robert A Funk award at the 2018/2019 World Finals. It was very humbling to receive the award, especially when it was voted on by our peers in the Classic Series membership. Aptly named after Mr. Funk, it was awarded on sportsmanship, integrity, honesty, work ethic, and enrichment of the industry.

A huge thank you to P & K equipment for the donation of the John Deere Gator, and to Bob Funk and the Express Ranch team for putting on a world class event!!
P&K Equipment, Express Ranches - Percherons, Gentle Giants,North American Six-Horse Hitch Classic Series

We want to extend a huge Thank you to Rock Creek Belgians and the entire Mosher family for giving us the opportunity to purchase this young gelding. You’ve done a great job breeding and raising him and we are pleased to have him in the Double S operation.

Very proud of the Geldings. Had some great drives at the National Belgian Show. We are looking forward to the Minnesota State Fair.

Starting out at the Calgary Stampede!!

The draft horses unloading on our grounds is of the most impressive sights at Stock Show. Don’t miss the first ticketed performance for our gentle giants tonight, starting at 7pm. #Best16DaysInJanuary

Congratulations Double S crew! All the hard work this past spring is paying off!

Congratulations to each and every one of these outstanding hitches!

Be the first to know and let us send you an email when Double 'S' Belgians posts news and promotions. Your email address will not be used for any other purpose, and you can unsubscribe at any time. 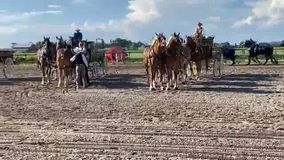 Had the chance to take the flag through a local rodeo in Rigby, ID for the national anthem with the horses! First time out sense our off season, getting prepared for the Calgary Stampede! 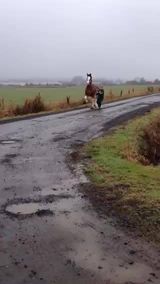 Wish you all good luck. We already know who is the best in our book!
Congratulations to HWWS customer Double 'S' Belgians on being awarded the Robert A Funk award at the 2018/2019 North American Six-Horse Hitch Classic Series World Finals! What an honor!
When Gentle Giants gets special artwork from our biggest fan Double 'S' Belgians ❤️❤️❤️Marcia Forsyth #Hadley
2019 Classic Series World Finalist: Double 'S' Belgians Double 'S' Belgians is owned by the Bryce Smith Family and driven by Kyle Forsyth. A little bit about Double 'S' Belgians: We have two farms, one in Tillamook, Oregon and one in Menan, Idaho. The horses currently reside in Menan, Idaho. Double S began competing in the Classic Series in 2010 with Clydesdales, and made the switch to Belgians in 2017. We are extremely excited and proud to be part of the finals. We extended our congratulations and wish best of luck to the other hitches competing.
Have you heard? The North American Six-Horse Hitch Classic Series Finals will Be LIVE from the Oklahoma State Fair Sunday September 15 at 5 pm central. Only on CowboyChannel. Express Clydesdales Blue Ribbon Days Percherons Zubrod Percherons Double 'S' Belgians Highpoint Clydesdales
8 up hitch - Looking so nice at the Young Living Fall Draft Show in Mona Utah this year!
Sice you where in Jordan,Mn. Are you showing at Davenport this weekend?
Congratulations on the beautiful drive and supreme six horse hitch win at the Calgary Stampede!