At Building Better Bonds our goal is to enhance the relationships we have with our pets through education and positive reinforcement.

Shelter people! Looking for your input on dogs.
https://www.surveymonkey.com/r/ShelterBMod

Take this survey powered by surveymonkey.com. Create your own surveys for free.

Laser pointers can cause behavior disorders in cats

Laser pointers can cause behavior disorders in cats

But you can educate your well-meaning veterinary clients on how to use them in the most rewarding way.

Pet training and working with animals with behavior problems is an unregulated industry. Anyone can call themselves an animal trainer or behavior expert, which puts an unfair burden on owners to make sure the professional they’re hiring is safe and competent.

The IAABC, APDT, and CCPDT are industry organizations that provide education and certification for people working with pets. We believe that owners have a right to know that the person working with their dog, cat or other pet understands the science behind animal behavior and is committed to using the most effective, most humane approach possible.

Now these organizations are coming together to announce new joint Standards of Practice. Members of all three organizations will now be held to the same high standards of skills, knowledge, and ethics in their work with animals, clients, and peers.

These new standards reflect the shared values of the adopting organizations and our joint commitment to being a strong voice for humane, effective training and behavior work with companion animals, no matter the context.

When choosing a professional to train their pet or work with them on a behavior problem, owners can feel secure in knowing that when they choose a member of APDT, CCPDT, or IAABC, they will be working with someone who can be held to high standards in their work. Training and behavior consulting is still an unregulated industry, but our organizations are committed to doing what we can to protect clients and their pets.

Fourth of July and Fireworks

Good food for thought with the 4th of July coming up.

It’s not that dogs aren’t patriotic, but many dogs, and also some cats are terrified of the loud and sudden bangs we call fireworks. It’s actually ada

With summer trips on the way, this is an important question to ask.

Patricia McConnell, Ph.D., a Certified Applied Animal Behaviorist, has made a lifelong commitment to improving the relationship between people and animals.

Saturday's Pet Peeve*: Taking a dog’s food away to teach him to let people take his food away.

This uniquely human behavior makes absolutely no sense to dogs. Normal, adult dogs (with appropriate social behavior) don't march up to one another and remove food. In fact, such behavior would encourage, not discourage, aggression.

This is one of the most common misunderstandings among dog owners. At best, it’s viewed by the dog as a random, surprising annoyance. At worst, however, it can cause food insecurity, guarding, and lots of rehearsing of tension and arousal. Adding insult to injury, any growling or other aggression is then "punished" by complete removal of the food. The result? A dog (or even puppy) whose heart rate and stress rise when approached while eating or while interacting with food toys.

To increase security and reduce stress around food, it should never be simply removed from puppies or adult dogs for training purposes. If working with a puppy, instead, approach the puppy only to *add* higher value food to his bowl, so that approaches and brief touches come to have a positive association. For newly adopted adult dogs who might be stressed by hunger and might also have had to compete for food in the past, it's best to give the dog privacy for meals so that he becomes more secure and less concerned over time – but never to reach to remove anything of value without offering something of equal or greater value in return.

The last thing you want to do is teach an impressionable puppy or newly adopted adult dog that hovering hands will randomly remove her stuff. Some food-guarding behavior is difficult to modify, and is best dealt with by giving the dog a secure and private spot to eat, then picking up the food bowl. But many dogs can be taught to give up their toys and even food on cue, by using positive reinforcement training and starting with lower value objects. With some practice, secure dogs will spit out even chicken bones -- here in Philadelphia, the chicken bone fairy visits every night -- in anticipation of the amazing hot dog bits in your treat pouch.

*Modified from a previous Peeve.

And a reminder that a dog wagging his tail can still bite. :)

Just like you and me, cats need to feel safe and secure. I wouldn't move in with a random person without learning a little about them. Age, s*x, temperament, and history all play into how a cat will react to your new kitty.

Thinking about getting a new cat but worried about introducing her to your resident cat without fur flying? Follow these steps for a smooth introduction!

Complex introductions aren't always necessary but it's a good idea to go slow and avoid situations where you build frustration in a dog. Too often I see 2 dogs straining at the end of the leash before being able to interact only to end up fighting.

How to Handle Reactive Dogs

Been getting several calls to help with reactivity lately. Remember reactivity should be diagnosed and treated by a professional.

Patricia McConnell, Ph.D., a Certified Applied Animal Behaviorist, has made a lifelong commitment to improving the relationship between people and animals.

I believe communication is the cornerstone to any relationship.  Whether it’s the way you communicate with yourself, your friend or family member, it’s crucial ...

DOGS SHOULD KNOW THEIR PLACE!

A look at the Alpha/pack leader theory. Where it came from and its effect on pet dogs

How to deal with your dog’s aggressive behavior

How to deal with your dog’s aggressive behavior

It can be hard for dog owners to know what to do when their dog is showing aggressive behavior. Certified dog trainer Michelle Douglas and dog aggression expert Michael Shikashio share tips and tec…

Not delving into this controversial topic, but an interesting point of view.

It’s like the paleo diet, only for pets. Grain-free, all-meat, and raw-food diets are hugely popular with pet owners who like the idea of feeding their cats and dogs a diet that’s closer to what their ancestor ate in the wilds. The problem is, there’s no hard, scientific evidence that raw meat...

Dogs are social animals, so communication is key in maintaining a peaceful coexistence with others. Most of dog communication occurs silently through body language. Other language may be louder (barks, whines, growls, yelps, howls and so on) and seem more familiar to our human perception of language...

Paws In The City

This is an EXCELLENT graphic!

Pay attention to what a dog is telling you. And teach children to respect a dog's space! Too many dogs end up in shelters (or worse, put down) because the adults in charge were not monitoring the child/dog situation.

Many times when a dog bites a kid parents say, “There were no warnings. He just bit him for no reason.”

The unfortunate truth is that there are almost always warning signs, but the humans miss them. This photo shows a few warning signs that the dog is uncomfortable and may bite.

Shelter pets often come with their own baggage. Most times they just need time, patience, and some direction. https://buff.ly/2lxuxac

These behaviors may seem like cause for alarm, but they're totally normal.

Great training day for me and these pups. Lots of learning accomplished...for all of us.

So I haven't posted in a while. But that is because I've been super busy!

Building Better Bonds has been working with the Humane Society of the Pikes Peak Region and the Colorado Springs Fine Arts Center on a production of Annie. I've been training "Sandy" the dog for her first on stage performance. Sandy was came from the Humane Society and had to learn a host of behaviors as well as how to deal with a lot of noise, distractions, and adorable orphans that just want to love all over her!

Check the first link for a short video showing Sandy's first day of rehearsal. The second link is for the Fine Arts Center official Annie page, in case you want to see the star's first performance first hand!

Annie, one of the world’s best-loved musicals, takes the stage at Colorado Springs Fine Arts Center this holiday season with a very special cast member. Sand...

I'm the first to admit that punishment works. And from my perspective, punishment is any undesirable (from the animal's perspective) response. That said, I don't believe in using force to get what I want. I believe that I can achieve training goals without using force.

If you feel the need to use a choke collar, pinch collar, corrections, etc. to get what you need from your pet, I invite you to give us a call. I'd be happy to discuss alternatives that will help you build a better relationship while achieving your goals.

We will trade you a no pull harness in exchange for your choke collar, prong collar, or e-collar.

Taking down the vacancy sign...DJ wandered over today. He's got tags so I took him in to HSPPR. #microchipped

Taking down the vacancy sign...DJ wandered over today. He's got tags so I took him in to HSPPR. #microchipped

Update! Heard from Athena's mom. Apparently our sweet little girl is a fence jumper, they were out of town, and the pet sitter lost her. They are heading to shelter to collect their little girl!

Meet Athena. We found her roaming outside our property. Took over 1/2 an hour for the scared girl to come close enough for me to leash her but then she decided we were friends. Couldn't reach her parents so we took her in to the local shelter. Hope she finds her way home.

So the first time it took Leyla 2 whole minutes to remove the feeder toy. The second time took 30 seconds. Third time 10 seconds. Who's a smart girl?

Leyla and I had our most intense training session today. She not only learned to accept a cone but she learned to accept restraint so that our vet could vaccinate her, all in one session. A lot of work to do before this is a solid behavior but I couldn't be prouder!

A huge thank you to the professionals at Dublin Animal Hospital, especial the oh-so-patient Dr. Heather Rollence! 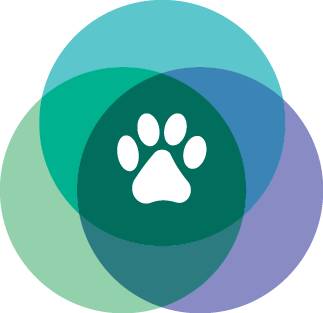 Building Better Bonds site open for business. Excited to have this opportunity to help owners of dogs, cats, reptiles, birds, and other pets find positive solutions to their behavioral concerns.

Big thanks to Jonathan Bluff and https://www.facebook.com/jmichaelphoto.us for some great photo work for the site.

Master Photographer, Jonathan Bluff specializes in creative, onsite portraiture that accents your personality and the personality of your loved ones.

Be the first to know and let us send you an email when Building Better Bonds posts news and promotions. Your email address will not be used for any other purpose, and you can unsubscribe at any time.

So the first time it took Leyla 2 whole minutes to remove the feeder toy. The second time took 30 seconds. Third time 10 seconds. Who's a smart girl?