At Abbie Creek Animal Hospital we always treat your pet like a Champion! Emergency Number: (334)797-1276

We will be closed today in honor of Memorial Day. Today we remember and honor all those who made the ultimate sacrifice while serving in the United States Armed Forces. 🇺🇸

“Greater love has no one than this, that someone lay down his life for his friends.”
John 15:13

The #AbbieCreekFam conquered the U.S. Canine Biathlon last weekend! 🏆
Swipe through the photos to get a glimpse of how much fun our crew (4 AND 2 legged) had on this 4 mile obstacle course!! 🏃🏻‍♀️
Some of the dogs in the photos are up for adoption! Take a peek! 👀

‼️REMINDER‼️
Dr. Champion will be out of office May
19th-22nd. We will still be available for
technician appointments such as nail trims,
baths, allergy injections, medication refills,
and boarding & daycare services during
normal business hours. For after hours
needs, we will have an experienced vet
technician available by phone to assist in
discussing and directing you to a veterinarian
in the event you have a medical
emergency. Thank you for understanding.

We are in need of a crib or twin mattress for one our patients! If you or anyone you know has one they could donate or sell, please message our Facebook!
TIA ☺️

Thank you so much to everyone who supported our local rescues by purchasing a raffle ticket!! 😻

It’s Friday! It’s the last (but not least) of our #MeetTheAbbieCreekFamFriday!
Meet our kennel technician, Lacey! 🤩
Lacey is from Skipperville, Alabama. She's been an animal lover ever since she could remember! She married her sweetheart, Colton, in 2019. They have two dogs; Temperance & Sadie May, two cats; Chicken & Wolfgang, and one horse; Tucker. She has been a part of the Abbie Creek family for the past 6 months! She says her favorite part about ACAH is being able to interact with all kinds of animals. In Lacey's spare time, she enjoys the outdoors with her family, friends, & fur babies!
🐾
🐾
🐾
We treat your pet like a Champion!
334.575.5240
526 Ozark Road
Abbeville, AL 36310
http://www.abbiecreek.com/
#MeetTheAbbieCreekFamFriday
(If you’d like to see our other gals, just click the hashtag & you can visit our other introduction posts)

‼️REMINDER‼️
Tomorrow is the LAST day to purchase tickets for our Easter raffle! You’ll get goodies for you & your pup AND you’ll be supporting a local animal shelter! What more could you ask for? 🤩

“For the death he died he died to sin, once for all, but the life he lives he lives to God. So you also must consider yourselves dead to sin and alive to God in Christ Jesus.”
Romans 6:10-11

Did you know we offer the Red Rock Rattlesnake vaccine? 🐍💉

There are thirty-eight species of snakes found in Alabama and five of these – the eastern coral snake, eastern diamondback rattlesnake, timber rattlesnake, copperhead, and cottonmouth – are venomous. You can find photos of them down below.

The vaccine works by creating protective antibodies that help neutralize venom, so dogs experience less pain and swelling after a snake bite. Dogs that are bitten may also require less antivenin, which can be fairly costly and may produce side effects. Factors that can influence the effectiveness of the vaccine include the location of the bite, the type of snake, and the amount of venom injected.

Initially, a dog should receive two subcutaneous doses about 30 days apart. Dogs 4 months old & up can receive the rattlesnake vaccine. It is best to give vaccination boosters about 30 days before beginning any potential exposure to rattlesnakes. Dogs at higher risk of snake bites are recommended to get a booster every 6 months. A snake bite is STILL an emergency, the vaccine does not give total immunity. You should still have your dog treated at your vet if bitten.

Call us today at 334.575.5240 to schedule an appointment to get the rattlesnake vaccine for your pup! ☎
#WisdomWednesday #RedRockRattlesnakeVaccine

Happy birthday, sweet Della!! 🥳
We absolutely adore our little kangaroo! She’s definitely the most agile of the daycare crew 😂🦘

T.G.I.F! Time for #MeetTheAbbieCreekFamFriday!
Meet our veterinary assistant, Cayla Squires! 🤩
Cayla is from Texasville, AL. She has been a part of the ACAH family since 2019 & has been in the veterinary field for 5 years! Her favorite part about ACAH is definitely working cows with Dr. Champion. Cayla has 3 cats; Dudley, Yote, & Ralph, 3 dogs; Marley, Porter, & Milo, & what’s a farm girl without her herds of cattle & flocks of chickens! When Cayla’s not at the clinic, she enjoys spending time with her husband & family going hunting & fishing.
🐾
🐾
🐾
We treat your pet like a Champion!
334.575.5240
526 Ozark Road
Abbeville, AL 36310
http://www.abbiecreek.com/
#MeetTheAbbieCreekFamFriday
(If you’d like to see our other gals, just click the hashtag & you can visit our other introduction posts)

Hi! Do you know me? 🐱
I was found south of Eufaula. I'm an unaltered female kitty. I'm not sure if I have a home, but if I do.. I'd like to find it!
Please share so the ladies at ACAH can get me home! 😊

It’s #MeetTheAbbieCreekFamFriday & Karlie’s birthday!
Meet our inventory clerk, Karlie Railey! 🤩
Join us in wishing our girl a very happy birthday!
Karlie is from Brown Cross Roads in Dale County, AL. She married Trenton Railey March of 2021. She graduated from Northside Methodist Academy in 2018. Karlie has been working at Abbie Creek for a little over a year. Her favorite part of ACAH is definitely the unusual cases we encounter. She enjoys following the journey to recovery with the owner & their furry friend. Karlie has 2 dogs, Saylor and Riggs. She is OBSESSED with black labs. When she’s not at the clinic, she enjoys any outdoor activity she can do with her husband & fur babies!
Happy birthday, Karlie!! 🥳
🐾
🐾
🐾
We treat your pet like a Champion!
334.575.5240
526 Ozark Road
Abbeville, AL 36310
http://www.abbiecreek.com/
#MeetTheAbbieCreekFamFriday
(If you’d like to see our other gals, just click the hashtag & you can visit our other introduction posts)

We started our training for the U.S. Canine Biathlon last weekend! Training for a 4-mile race with unusual obstacles is no easy task. 😅
Check out the last picture to see just how well our preparation hike went! 🤣

It’s Fri-yay! Time for #MeetTheAbbieCreekFamFriday!
Meet soon to be L.V.T. Ashley Gibson! 🤩
Ashley is from Headland, AL. She graduated from Headland High School and is currently enrolled in Penn Foster to receive her veterinary technician license. She has been a part of the Abbie Creek family for almost 2 years now! Her favorite part of ACAH is working with our equine patients! Ashley has two horses, Opal and Doc, two dogs, Bella and Kimeera, and two cats, Nemo and Coral. When she’s not at the clinic she enjoys riding her horses, and spending time with her family and boyfriend.
🐾
🐾
🐾
We treat your pet like a Champion!
334.575.5240
526 Ozark Road
Abbeville, AL 36310
http://www.abbiecreek.com/
#MeetTheAbbieCreekFamFriday
(If you’d like to see our other gals, just click the hashtag & you can visit our other introduction posts)

Be the first to know and let us send you an email when Abbie Creek Animal Hospital posts news and promotions. Your email address will not be used for any other purpose, and you can unsubscribe at any time. 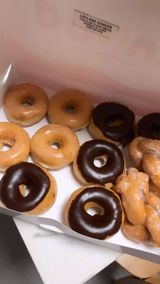 Other Veterinarians in Abbeville