Tired of seeing infographs of foods your dog can't eat?

Here is a nifty printable infograph of some awesome foods found in your refrigerator that they CAN eat! :D

HOW TO MAKE TURMERIC 2000% STRONGER WITH A HOMEMADE PASTE TO HELP SMASH CANCER & ARTHRITIS!

It is estimated that 10% of cancer is genetic🧬 and 90% is a result of lifestyle and environmental factors. Over 6 million (and growing) dogs die from cancer each year! More than 1 in 2 dogs and 1 in 3 cats are diagnosed with cancer.

A new turmeric study reveals that one of the world's most extensively researched herbs has the ability to selectively target and destroy cancer stem cells, while having little to no toxicity on normal stem cells.

This means that, unlike chemotherapy which will destroy regular healthy cells, turmeric will only go after cancer cells in you and your pets!

The only problem is with using turmeric to smash cancer or to heal inflammation like arthritis is its low bioavailability when eaten on its own.

You see, approximately 5% of the spice turmeric is composed of the active compound curcumin and this is the stuff that gives turmeric its power. Then, to top it all off, turmeric root is poorly absorbed across the G.I. tract and is rapidly cleared from the blood.

If pets or people are given turmeric root, within an hour, there’s a little tiny bit that actually makes its way into their blood stream. The reason for this is because the liver is actively trying to get rid of it! So, while a ton of pet owners may be giving their pets turmeric, most are seeing little to no results.

FEAR NOT! THERE IS A SOLUTION!

There’s an easy-to-make recipe that will actually make turmeric root powder, and its power-punching curcumin, over 2000% more readily available to your pet’s body!

The solution? An old Ayurvedic recipe called Turmeric Paste (aka Golden Paste) that has been prepared in India for thousands of years!

“How is it prepared in India? With fat and black pepper. Amazing how they could figure that out without double blind trials. (Though maybe it just tastes good, and it’s merely coincidence?)” -Michael Greger, M.D

A source of fresh ground black pepper and a healthy fat can turn this solo herb, turmeric, into a super powerful rock band!

According to research, about 5% of black pepper by weight is comprised of a compound called piperine, which enhances the bioavailability of Turmeric.

Australian Vet, Dr. Doug English, advises to add freshly ground peppercorns (piperine) to your mixture of turmeric root, piperine will increase intestinal absorption allowing time for the curcumin to be taken up into the blood stream.

“By taking just a quarter teaspoon’s worth of black pepper, you see curcumin (turmeric root) levels skyrocket. The same amount of curcumin consumed, but the bioavailability shoots up 2000%. Even just a little pinch of pepper—1/20th of a teaspoon—can significantly boost levels.” -Michael Greger, M.D

Not only can adding fresh ground pepper make turmeric more bioavailable but piperine in black pepper can trigger TRPV1 (transient receptor potential vanilloid type-1) in the body. This triggering can reduce pain!

Ok, so why the coconut oil?🥥

According to research: “Another way to boost the absorption of curcumin is to consume it in the whole food, turmeric root (fresh or dried as a powder) because natural oils found in turmeric root and turmeric powder can enhance the bioavailability of curcumin seven to eight fold. When eaten with fat, curcumin can be directly absorbed into the bloodstream through the lymphatic system thereby in part bypassing the liver.”

You can use good clean organic fats like olive oil, fish oil or, my favorite, coconut oil!

Here’s how easy it is: just mix the turmeric root powder with the 1 cup of water in a pan or pot, you may need to add more water if needed. Stir the mixture on medium/low heat and in about 7 to 10 minutes, it should form a thick paste. (If your paste looks runny, just add a bit more turmeric and heat it for another couple of minutes.)

Once turned into a paste, add the fresh cracked pepper and coconut oil, and then stir it up!

Once cool, place the paste in a mason jar and store it in your fridge. The paste should last for about 2 weeks.

🐕Start with about ¼ to ½ tsp, depending on the size of your dog. You can increase the amount from there, up to about a Tbsp for larger dogs.

Cats🐈 - start with 1/8 of a teaspoon of turmeric paste and build up over time if needed.

Humans👩🏻 - start with 1/4 teaspoon of turmeric paste 3 times a day and then build up to desired level.

*NOTE: Follow dosage in the writeup and not the photo.

If there was ever a time to start a preventative plan, like adding turmeric root to your pet’s diet, the time is now! 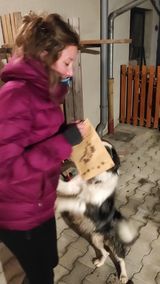 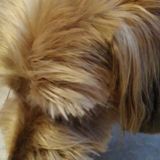 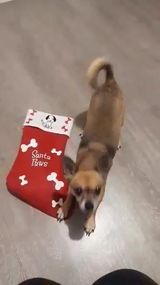