Our dog-friendly techniques and experienced, professional trainers will help you achieve all your tr

This is Ceasar practicing recall. He graduated last night too!

Some sweet faces from #PuppyDayCamp today 🥰

Just a few reasons we love what we do!

A morning at camp with Izzy. Puppy socialization shouldn’t just include interactions with other dogs, but experiencing new people, environments, sights, sounds, surfaces, and situations too! We do all this and more at our Paws4training Day Camp, Monday - Friday from 7:30-11:30am in Wallingford Seattle. Join us and Izzy for our next session! Sign up online!

A Guide to Using Food Puzzle Toys with Your Dog

What's under the tree for your pups?


The benefits of using food puzzle toys, how to choose them, and how to introduce them to your dog.

My dogs react to most animals on the TV!!

DOGS AND TV
Why are some dogs fascinated and some show no interest?
Studies have shown that dogs can perceive images and sounds coming from a TV. Dogs also have the ability to visually identify images of other dogs amongst pictures of people and other animals as well as sounds that they’re familiar with like barking, whining, squeaky toys or certain cue words coming from a TV.
But, just because they can, doesn’t mean that they do! Some dogs are not in the least bit interested while some appear fascinated by what they are seeing and hearing. The individual personality of the dog and breed specific traits seem to be the deciding factor. Breeds that are more attuned to movement may show more interest in TV, while breeds driven by scent may not be interested at all.
Even though dogs are able to recognise screen images, they see images differently than we do. Dogs have dichromatic vision which enables them to only perceive colours on the yellow and blue spectrum. To dogs, every colour appears yellow, blue, brown or grey. Despite their different colour perception, they register moving images far quicker than we do. Modern, high-definition TV sets have a higher number of frames per second than older TV’s and are more likely to capture their attention.
Using the science of dog vision, a dedicated TV channel was developed especially for dogs. It features a higher number of frames per second and has colours set to accommodate the yellow / blue visual spectrum. The channel is aimed at providing entertainment for dogs when they’re left alone.
Out of curiosity, I gave this channel a trial run and my Schnauzers were not in the least bit interested even when I excitedly pointed to the dog chasing balls and splashing through water on the screen. My pointing only caused them to check if there was a bug on the screen that they could catch or if there were any food crumbs around the set and after a quick sniff, they all went back to snoozing, very confused as to what I was making such a fuss about! They are definitely a scent driven breed. That said, I have also seen dogs that are fascinated and even very vocal about what they see on the screen. As with most dog behaviour, it all depends on the individual dog.

If your dog shows any of these signs of hyperarousal it would benefit both you and your dog to get help from a positive reward trainer. Hyperarousal is not the same as a hyperactive dog. Learning the distinction is important if you want to offer your dog, relief.
#hyperarousal #happydoglife #happydoggy #dogbehaviormodification

Katsu and Ollie at day camp. A break from play time!

3 Things Everyone Should Understand About Puppies

Socializing is critical for your puppy’s emotional health.

How the socialization of young puppies affects later behavior.

Congratulations to our recent graduates!

Stubborn is a ‘label’ and most often misused.

Thanks, @dianegarrod for this great graphic.

Some of our summer graduates!

This image is from the Dog Decoder smartphone app. Your pup doesn’t know the difference between a shoe and one of her toys. It’s up to you to teach and not punish.

Anothe hot day for our pups, along with poor air quality.

Not only do we have extreme heat predicted for today here in the beautiful Pacific Northwest but our air quality is poor due to the smoke from fires. 😕

Please keep this in mind today and do all you can to keep your dogs (and all other animals) safe and cool.

How do dogs "see" with their noses? - Alexandra Horowitz

How do dogs "see" with their noses? - Alexandra Horowitz

View full lesson: http://ed.ted.com/lessons/how-do-dogs-see-with-their-noses-alexandra-horowitzYou may have heard the expression that dogs ‘see with their no...

For many, dog walking can seem like a chore, one that is tolerated but nevertheless something that isn't particularly enjoyed. You may be in a rush to get to work or maybe you are eager to watch TV after a long day. You may pull your dog along with impatience and choose to walk the same route daily....

A Dog's Brain is Responsible for Keeping Them Alive. We're Responsible For Making Them Happy. — Dog Training with Kristi Benson

This tweet came across my feed today, and although it was about humans helping other humans, I immediately thought about dogs. Because of course I did: I use everything as an excuse to think about dogs. Brains are just another organ, and they serve the same general purpose as all our organs: keepi

Some of our recent puppy class graduates!

Seeing the world through your dogs perspective is crucial to a life well lived for your dog. Thank you @silentcanineconversations for your important education.

Be the first to know and let us send you an email when Paws4training posts news and promotions. Your email address will not be used for any other purpose, and you can unsubscribe at any time.

Send a message to Paws4training: 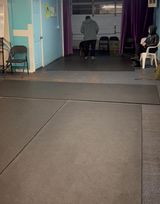 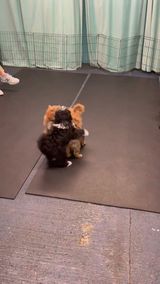 Some lay down play in Middle School last night! 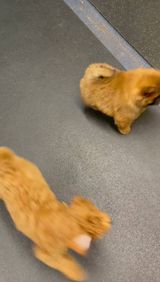 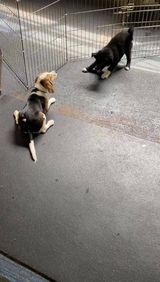 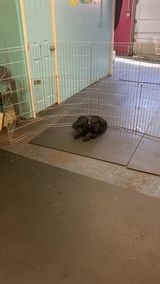 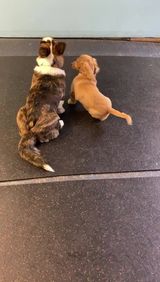 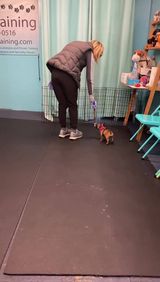 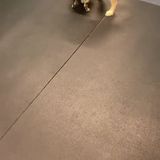 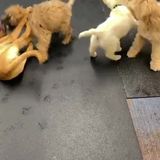 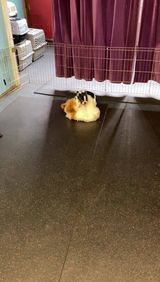 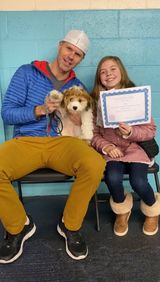 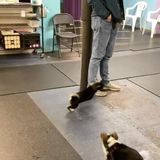 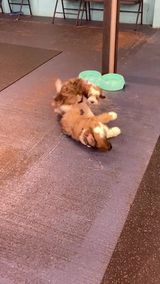 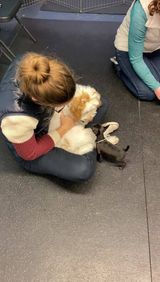 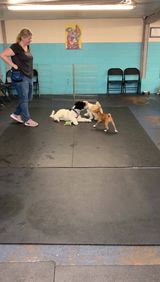 Other Dog training in Seattle

this is after Rex’s first bath at home with us. He’s learning sit so well... Pike loves all the extra treats he gets when we practice.... because if Rex is practicing and getting treats, well, Pike wants to also!
Litter mates Hester and Sammy look ready to start training.
Olive is starting to love going to her “Mat”
~Ella~
~Lovey~
~Lolly~ A case of the Monday’s never looked so cute
Penny taking a break to proof read her camp report.
Monday Funday
Just a little Wednesday morning play session