Try Life’s Abundance... we do have grain-free but I feed the kind with healthy grains (All Life Stages) because it was already believed that grain-free is not good for puppies...
www.lifesabundance.com/DASTHealthyPetFood

Well-Intentioned Mistakes Can Be Counterproductive Or Even Dangerous To Your Pup!

We can only do what we know how to do as humans—until we learn better. When we know better, we can do better.

A client said this about her super-sweet, calm-tempered, huggable, one year old Teddy Bear of a dog:

“He has started biting the kids, our au pair and my husband when they quit playing with him. He is biting them on the butt!”

Me: What kind of play are you doing with him? Client: The boys are running and chasing him, then playing keep-away. My husband and our au pair just wrestle with him a lot.

Your young dog does not need to be played with as if he is a litter mate. It is not fair to the dog to invite him to play with you as if you another young dog and then get mad at him for acting as if he is playing with another dog.

Play is good. Play, such as tug or retrieving serves as a fantastic reward for offering certain behaviors while doing structured training. But getting down on his level and acting like another dog does not serve the humans well in their desire to provide calm and confident leadership to the dog.

Using a tug toy to reward specific behavior from the handler to the dog in a controlled way is productive if done correctly. Chaotic, random, overly exuberant un-earned invitations to play are not only unproductive, but can lead to play biting and other unwanted behaviors. Your dog learned how to interact with other dogs before he left his litter mates. He is an expert in playing with other dogs. Now he needs to learn how to respect and interact properly with humans.

Another mistake is assuming your pup needs “socialization” at the dog park. Dog parks are places where anything can happen. Most people who take their dogs to dog parks have zero control over their dogs. Dog parks are virtual petri dishes for dangerous behavior on the part of uncontrolled dogs in a fairly tight, fenced in area. It is NOT recommended to take a young dog in training to a dog park without a specific, controlled training goal. Murphy’s law: Anything that can go wrong will, and always at the worst possible time. That is true for a dog park on any given day.

People with ODD unite, separately, in our homes, with our dogs!!

A great way to get your pet started with some of our best products!! Try it for a month... you’ll never look back. Health and convenience!!

I used to always order and send an "essential guide to caring for your puppy" DVD when I received people's deposits but it kept getting harder and harder to find so I stopped. I'm excited that I had the opportunity to purchase these from Pat Hastings on Monday - she even signed them for us!! They're great for new owners to read straight through, skip around, use for the joy or stress of the day, highlight, dog ear the corners or let their puppy eat!! I'm excited to have something to send as a welcome gift again!!
To order your own, go to, http://www.dogfolk.com/puppydevelopmentbook.htm

Stop what you're doing right now and...

Go compare your dog food brand to ours...

Then see how easy it is to switch...

Toenail fun observations just from what we have seen over the years:

They are often longer on the front feet than the back. That's because dogs are usually rear wheel drive, meaning they typically push off with their back feet when they run, wearing off the toenails more on those feet.

Some breeds and individual dogs are more difficult to keep the nail super-short on. Dogs with longer, flatter toes tend to have nails that grow straight from the end of the toe and don't start to wear down from movement until they are quite long. Dogs with upright, compact toes tend to wear down more quickly from movement as their nails grow downward instead of straight out.

Gait affects nail length and wear. Dogs with bow legs for example, tend to have uneven wear as some toes make more contact with the ground and bear more weight than others. Dogs with lameness issues, or who drag a foot due to spinal issues show it in their nails. Dogs with upright movement tend to need more frequent trimming than dogs with a bit more reach to keep nails short, but dogs with exaggerated reach tend to have long front nails.

Certain activities can cause uneven nail wear - scratching a door with a favorite paw, digging, spinning in one direction.

Dewclaws tend to be more curved than the nails on the foot, and don't wear at all from movement, so they can get long much more quickly than the other nails. They are also much more prone to getting hooked or caught on things and traumatically torn, so it's important to keep them under control. Torn toenails are very, very painful. Rear dewclaws are even more at risk than front ones.

Almost all dogs benefit from nail trimming at least monthly, some need them done even more frequently to keep them under control. Very few dogs maintain an ideal length of nail without any trimming.

Once nails are really overgrown, they can be really hard to get back under control. We have clients with dogs who were adopted as adults with already overgrown nails. Even with careful, regular trimming, some of these dogs will never have short nails. Sometimes the quick will recede, sometimes it just doesn't and you're stuck with long toenails and the best you can do is to keep the problem from getting any worse.

Dog owners are often tricked by white toenails. It looks like you can see the whole quick (blood vessel), but sometimes it tricks you by narrowing down so that you can't see it, so white toenails should be approached with as much caution as black ones.

It can help solve common diet, skin and hygiene issues in pets!

Play it safe and TITER first.

Your Dog is On Antibiotics, What Do You Do Next? | Nusentia

Good information about what to do to restore your pet's gut after antibiotics...

The antibiotics rollercoaster... how can you avoid it for your dog? If your veterinarian has prescribed antibiotics it probably is with good reason. But whe

The following vaccine protocol is offered for those dogs where minimal vaccinations are advisable or desirable. The schedule is one I recommend and should not be interpreted to mean that other... 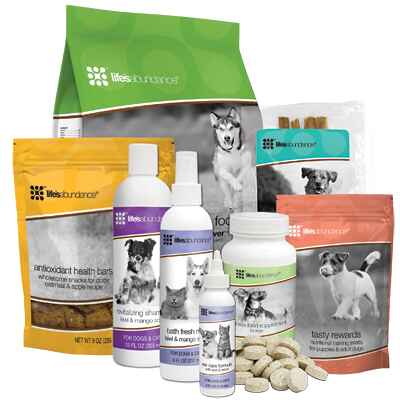 Help me get to #1000healthierpets and for every 100 new healthy pets, we will draw a name for a free Healthy Start Pack!!
http://tinyurl.com/y9vw6wuj
#1000campaign #healthydogs
Share share share!!!

That is a real dog playground very cool :-)

What would 1000 new customers do for your business?!? Could you be financially free? Would 1000 people be leading better lives? Would you be in a better position to help others grow their businesses and support their families' needs?

I challenge you to switch your dog or cat food to Life's Abundance for 1 month and then challenge others to do the same! For me, this would be my children's colleges, if you decide your pets are healthier on it so you continue!! Straight to your door every month!!

Life's Abundance provides an array of superior quality, safe & effective products born out of a commitment to improving the health of people, pets & the planet.

Compare your brand to ours... 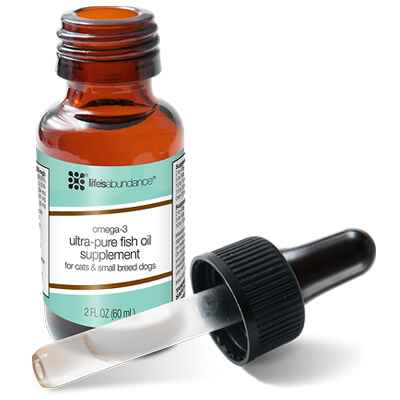 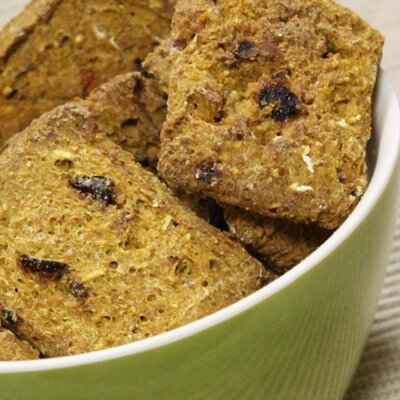 Life's Abundance is proud to bring you the perfect health snack for your furry friend. Packed with whole foods and great nutrition, Antioxidant Health Bars are an excellent way to reward your pup and boost his or her health. 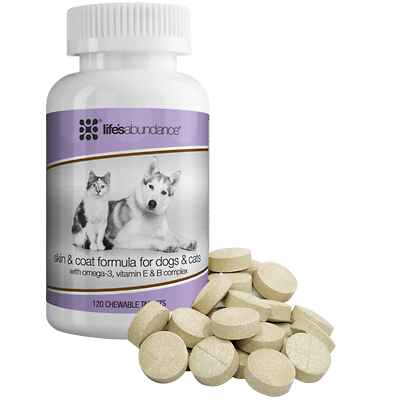 Skin and Coat Formula supplement contains Vitamins A, D, and E, all of which are necessary for the maintenance of healthy skin and a glossy coat.

With the highest accuracy and amazing customer service, find out why everyone is using Paw Print Genetics and SAVE 30% with code WINTER

We often hear: There were no warning signs, it came out of nowhere, the other dog was just trying to play ... then the dog just attacked.

There are so many layers to communication, body language, social etiquette and socialization with dogs that are not carefully monitored enough by people.

To provide an example of an overly friendly dog I let Sheena pester Elke the German Shepherd for a few extra minutes and get on her nerves (this is not something we generally allow). Even after being corrected, if I had not stepped in to help reinforce, Sheena was immediately ready to go right back to pushing Elke's buttons.

Often times we see not as friendly or neutral dogs blamed for "starting" something with a puppy or younger dog when they we just trying to play 🙄👎!

More often than not it is the playful pups behavior that causes the conflict!

Too often people will bring dogs together and just let them work it out on their own and things go south quickly. Or allow the friendly dog to pester and push buttons unrelentingly. Dog parks, dog daycare, play dates, family visits / gatherings, bringing a new dog or puppy into the home, etc etc.

Dogs can quickly go from tolerating to becoming defensive/offensive when they realize no one else will help curb the unwanted, pushy behavior of the friendly dog 🐶.

We will sometimes allow a dog to correct or be corrected, but a majority of the time I step in to take control and responsibility so that all the dogs understand I will help. I don't want neutral dogs to feel like they have to correct, correct, correct and will be allowed to act as other dogs punching bags or fearful dogs to be bullied into self defense and over reacting.

Especially this holiday season when families will be getting together to celebrate (and perhaps including canine companions) it is important to take responsibility and help neutralize pushy behavior so our dogs don't have to play sheriff.

Help break up potential conflicts and DONT just let them work it out. 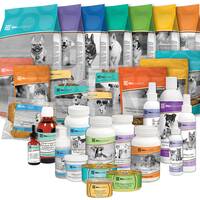 Getting a new puppy this Christmas?!? Get started right!! Everything you need right here...

Don't forget your pets this Christmas!!!

Our dog gift basket contains an assortment of dog toys and treats. Is there anything man's best friend can't do?

Only feed the best... and use the best pet care products!!
Use our bag size calculator to determine how much food you need to have delivered how often...
www.lifesabundance.com/DASTHealthyPetFood

The following vaccine protocol is offered for those dogs where minimal vaccinations are advisable or desirable. The schedule is one I recommend and should not be interpreted to mean that other...

Be the first to know and let us send you an email when A Total K9 posts news and promotions. Your email address will not be used for any other purpose, and you can unsubscribe at any time.

Send a message to A Total K9: