I.V. Sets for Large and Small Animals. Save your practice time and money. Allow your patient freedom

A Drum Horse is a combination of Shire, Clydesdale, and Gypsy Horse.

The inspiration for the Drum Horse, is the working horses still found carrying riders and heavy kettledrums in the Queen of England’s cavalry. 🐴 🥁

What's causing the cancer that is killing Chincoteague's beloved ponies?

What's causing the cancer that is killing Chincoteague's beloved ponies?

CHINCOTEAGUE—Every summer, tourists visit the Chincoteague National Wildlife Refuge to see the famous wild ponies and spend the day at the beach. Some fish and crab the marshes and canals. Two major industry players have finalized a deal, resulting in the creation of the second-largest animal health company in the world.

Dog Has The Zoomies In Debut Obedience Competition

serious inquiry: would this be like an appaloosa cat?

At Least 18 Horses Euthanized Due to EEE in Florida

At Least 18 Horses Euthanized Due to EEE in Florida

At least 18 horses have been euthanized due to Eastern equine encephalitis (EEE) in multiple Florida counties since February.

The equine working student program has been in operation since 2004.

This is coming to PBS stations across the country soon.

Nap time with his toys. Today is 3 weeks from his surgery to repair the wounds from the cougar attack. He is recovering better that anitipcated. Thank you Scenic Sage Star for his button that says, "Life is tough and so am I!". No words were ever truer.

A popular antiseptic dye that’s used in the treatment of equine fungal infections is being pulled from the Canadian marketplace over fears of increased cancer risk.

The American Association of Equine Practitioners hails today’s passage of the Prevent All Soring Tactics (PAST) Act (H.R. 693) in the U.S. House of Representatives! The legislation was approved by an overwhelming 333 to 96 bipartisan vote, and it will help end the cruel practice of horse soring, which is the deliberate infliction of pain to exaggerate a horse’s motion for the purpose of gaining an advantage in the show ring.

“For many years the AAEP has championed legislation to end this cruel practice, and today’s vote in the House is a victory for horses,” said Dr. Jeffrey T. Berk, 2019 AAEP president. “We now will work for passage of the Senate version of the bill.”

Our sincere thank you goes to Rep. Kurt Schrader and Rep. Ted Yoho, both veterinarians, who have been instrumental in securing this huge win for horses!

You can read our full statement here: https://aaep.org/news/equine-veterinarians-praise-passage-anti-soring-legislation-us-house
•
•
•

The U.S. Food and Drug Administration has linked at least three horse deaths to the use of a compounded drug product containing pyrimethamine and toltrazuril. 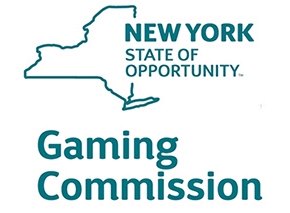 New York State regulators have given preliminary approval to a new set of regulations governing veterinarian technicians at Thoroughbred racetracks and to make changes to certain kinds of betting at the state's Thoroughbred tracks.

Eight horses were confirmed with equine influenza in Polk County, Florida, with 25 others exposed.

Six horses aborted and five horses were put down due to EHV-1 in a herd of 70 pregnant mares in Saskatchewan, Canada.

8 Horse Colic Take-Homes from the ESS Symposium – The Horse

8 Horse Colic Take-Homes from the ESS Symposium – The Horse

Surgeon Dr. Anthony Blikslager shares his perspective on preventing horse colic and other useful tips for owners and managers.

Why you should visit Lexington

Why you should visit Lexington

The bucolic Kentucky city is fiercely proud of its omnipresent horses and bourbon, but modernity is creeping in. 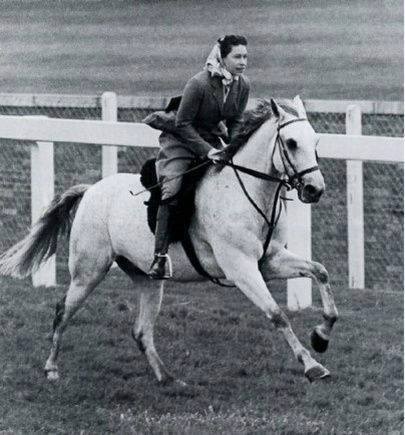 Queen Elizabeth on Surprise at Ascot in 1961.

"I truly savor each ride." A 10 year old Quarter Horse mare was referred into the veterinary hospital approximately 36 hours after foaling. The mare had a retained placenta, an increased body temperature (104° F), and was exhibiting significant abdominal pain. Despite intensive medical therapy, the condition of the mare continued to deteriorate. Sadly, the mare passed away a few hours later leaving her foal an orphan.
A blood sample collected from the foal confirmed that the c**t had acquired adequate passive antibody transfer through ingestion of her dam’s colostrum. Subsequently, the foal was fed a commercial equine milk replacer every 2 hours. The foal readily learned to drink out of a bucket avoiding the need for bottle feeding.
Fortuitously, the same breeding farm had a broodmare that had lost her foal two weeks previously. The horse was transported to the clinic as a potential nurse mare for the orphan c**t. A physical examination showed that the mare was healthy and still had some milk in her mammary gland. The mare was administered the dopamine antagonist domperidone twice daily, as well as estradiol, to re-stimulate milk production. The mare was also hand milked multiple times a day.
Eventually the day came in which the foal was to be introduced to its surrogate mom. The c**t was held without food for a few hours to make sure it was hungry. The mare was administered a dose of prostaglandins to stimulate her maternal behavior. Twenty minutes later the foal was introduced to the mare. The mare was lightly restrained and the foal was guided to the mare’s mammary gland. He immediately started to nurse and the mare stood like a rock.
The orphan foal and surrogate mare went home together a few days later. A happy ending to a pair of tragic circumstances.

You go girl! And what a nice pony, ears up the whole time.

I did not know this, did you?

Be the first to know and let us send you an email when International WIN, Ltd. posts news and promotions. Your email address will not be used for any other purpose, and you can unsubscribe at any time.

Other Pet Supplies in Kennett Square

Other Pet Supplies in Kennett Square (show all)