Do you find it hard to move your beloved ponies/ horses on to new homes, please can I help? I have many people asking daily for their next pony due to being outgrown or other reasons, I take them on to assess for a couple of weeks before I consider offering out and always good homes assured. If I can help please contact me by private message or send me a friend request to my June Garnett page, always available on there. All sizes needed and sourced for you but must be minimum age of 5 yrs.

I HAVE OVER 3.5k FRIENDS ON THIS PAGE, (my June Garnett Page) IF ONLY HALF OF YOU WOULD SHARE FOR US IT MIGHT JUST BE ABLE TO HELP SOMEONE SOMEWHERE, LET'S GET IT OUT THERE AS A WARNING FRIENDS.
Please be aware of people trying to take the leads off your wrists while walking your dog!

Just for those asking the question..... this is from the BHS who get their rules and regulations from the government!

MESSAGE DECEMBER 2020. Please could I ask anyone who hasn't received a response to any messages sent to me on this page to contact me via my June Garnett Page, I occasionally miss messages directed to here and I would hate anyone to think that I am not responding to them, it is not intentional. 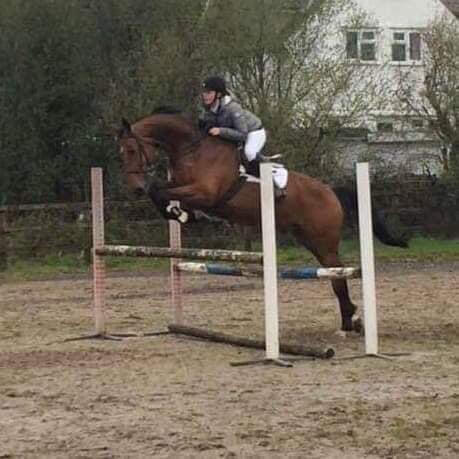 https://www.equinedealers.com/listing/parys-horses. Please could my previous clients over the years and over the country/world take time to leave a review? Much appreciated.

Dogs found in France, may have been stolen from UK

Dogs found in France, may have been stolen from UK

Translated from French...In the course of an investigation into fencing stolen property, investigators from the THOUARS brigade community discovered 23 dogs. 17 of them are not identifiable by mi

Introducing... Seamus!
Seamus is a striking black cob who joined us in late 2019 - He's a sweet horse, blessed with a lovely, inquisitive nature, so do come and say hello if you see him in his stable!

You can meet more of our gorgeous horses here: http://bit.ly/RHEC_Meet_Our_Horses

We really are offering no questions asked from now on. We give up with competition, retribution, one upmanship, old wounds or battles and all that stuff when it comes to Rosie's return.

We totally know she's probably been gone too long and please God she hasn't, but maybe been through too much to be a support dog now but there are 2 things that break us ...

1. What it did to her boy and the knowledge that he still yearns for her to come back to him. He might look okay to you, but he's not

2. What is happening to her? She's so precious and so giving and so loyal to her boy. She didn't deserve for this to happen to her

Those 2 things break us like you have no idea. I'm not intending to be rude, but a dog thief wouldn't get it so please just take my word for it. The family may look okay from the outside but the world changed for ever when Rosie was taken 😥💔

NO QUESTIONS ASKED!! PLEASE WE NEED TO KNOW SHE'S OKAY!

As a result of our sales to The Sheikh, he very generously invited myself and my husband Jeremy on an all expenses paid holiday to Abu Dhabi in March of last year. We wish to thank His Highness and Miss Jennifer Jennings and look forward to supplying him and his family with more horses and ponies in future.

To whom this may concern 2009
Re giving a reference.
We have found June totally honest about each horse we have purchased, all horses have come in top condition and at the level of training far exceeding what she tells you. We have had a mixed bunch from ponies to 17’1 young event horses and we are over the moon with all of them. If we are to buy any more horses in the future His Highness Sheikh Hamdan Bin Zayed has said we will always go to June as he now trusts that she will give us what we need at the correct price.
With kind regards
JJennings
Jennifer Jennings. Stud Manager. Al Aryam Arabians
Owner HH Sh Hamdan Bin Zayed Al Nahyan

Welcome to Parys Horses - Horses For Sale in Amlwch, Anglesey

Hi everyone, hope you’re all well, have you seen my new website ( due to not selling on FB?) www.paryshorses.co.uk, would all previous clients be good enough to write on my guest book, trying to get it off the ground xx

Parys Horses supplies Horses for sale in Amlwch, Anglesey, visit our site to find out more

Horses and Ponies for sale in North Wales

Come on everyone let’s get these two super young riders to British Showjumping National Champs, they so deserve this

Casper (Perrington Cavalcade) wearing his other "hat" from County Champion SHP, WHP and all Anglesey ridden Champion 2017 to jumping pony, and he can also do gymkhana. This was 2 yrs ago with Catrin Griffith who also rode him at the County Show.

UPDATE EASTER 2019 Please take a look on my June Garnett Page for everyday activities and news of new ponies and my business page is Parys Horses. Please update any photos/videos bought from me in the past, thank you.

A little update on cloudy and Jess a year of owning this super pony.
We’ve done pony club rallies, yard competitions, pony painting parties, show jumping and teaching other children to ride. It’s been an excellent year with this special pony, she’s always in rosettes and always looks after her little owner. We can’t thank you enough June Garnett 😀 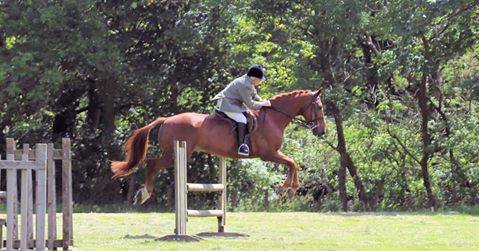 In response to my advert earlier in the week for my ponies, if I haven't got back to anyone please get in touch again via June Garnett page on messenger. I have been sat on here through the day trying to respond to everyone but not sure that I have got you all, please accept my apologies, it is not intentional, just overwhelmed with enquiries.

CHANGE, my personal page has changed once again from June Parys Horses Garnett to simply my name June Garnett, sorry for the confusion, it was out of my hands, but normal activities should resume.

NEW YEAR< NEW BEST FRIEND?
I still have a good selection of ponies available for sale or 2 weeks trial with a view to buy, all well tried and tested, please pm me on my other page to be sure of a reply June Garnett

If anyone has tried to contact me on here I'm sorry but I haven't been able to read messages here, if anyone would like details of any of my animals please either pm me on June Parys Horses Garnett page or call me on 07801012239

If anyone is needing any help in finding their new horse/pony please view my other pages, Parys Horses to see what I have got in or alternatively message me on June Garnett Parys Horses page to see if I can help. I prioritise in safety all along the height/disciplin ranges. I am an accredited member of Recommended Equestrians and you will find references there and on this page. Usually 2 week's trial possible at most times, no obligation. 2 new ponies in this week.

As a result of our sales to The Sheikh, he very generously invited myself and my husband Jeremy on an all expenses paid holiday to Abu Dhabi in March of last year. We wish to thank His Highness and Miss Jennifer Jennings and look forward to supplying him and his family with more horses and ponies in future.

To whom this may concern 2009
Re giving a reference.
We have found June totally honest about each horse we have purchased, all horses have come in top condition and at the level of training far exceeding what she tells you. We have had a mixed bunch from ponies to 17’1 young event horses and we are over the moon with all of them. If we are to buy any more horses in the future His Highness Sheikh Hamdan Bin Zayed has said we will always go to June as he now trusts that she will give us what we need at the correct price.
With kind regards
JJennings
Jennifer Jennings. Stud Manager. Al Aryam Arabians
Owner HH Sh Hamdan Bin Zayed Al Nahyan

I have recently bought a horse from June and I can not thank her enough. She is totally honest about the horses in her care and has a gift for matching a horse with the right rider and vice versa. June was happy for me to have Marlon on trial for a few weeks and he has turned out to be everything sh...

I am an agent and buy and sell / source on your behalf so if you require help to find the perfect animal / home please give me a call or e-mail. I have over 40 years of experience and can provide recommendations from satisfied customers from here and over seas

Be the first to know and let us send you an email when Parys Horses and Ponies posts news and promotions. Your email address will not be used for any other purpose, and you can unsubscribe at any time.

Send a message to Parys Horses and Ponies:

Some action shots too.
Another super day for Lizzie and Ali who we bought from June Garnett just over a year ago. This super pair keep getting better. First today in their pony club combined training at Aintree.
12.2 Mimi , pony camp 2019 Bought from June , 2nd in her team ODE , 2nd in her Dressage overall xx Mimi turns her hoof to anything 😊
A fab day for Lizzie and Ali from Parys Horses. 1st and 4th in the SJ, and 2nd in the Working Hunter ###
https://www.facebook.com/events/317292988855727/?ti=cl
Genuine, straight forward. Wonderful to deal with. Had many horses a nd ponies from June and they have all been as advertised. A great selection and priced realistically. Can't recommend enough.
Well what can I say. I bought casper of june and have not had a day where I have looked back. This pony is well worth his weight in gold and yes everyone says the same. But I can honestly say that casper is the dream pony and loves kids. Twm is only 3yrs old here riding casper and even his 2 yr old brother has an occasional sit. I cant thank june enough and would highly recommend her to anyone. I for one will surley be turning to june again.
This is my pride and joy bubble I bought her off June and she is worth her weight in gold she has improved my confidence in riding and I love her so much and my family and friends love her aswell especially the kids because she looks like a unicorn don’t know what I would do without her Thankyou June ###xx
June sold me a magic pony yes a magic pony. Casper I could not ask for anything more from this little pony. I was looking for something for my 3yr old nephew at the time to have fun and play with. Casper has litteraly turned out to be a great pony. Casper loves attention and is brilliant around the kids. I for one will put my faith in june when looking for another and would recommend june to anyone looking also if she hasn't got what you are looking for june will go above and beyond to look for something and not just anything but the right one. All I can do is say thankyou June Garnett for giving us the chance of bringing casper into our lives. 💗💕💖 here is a couple pics.
Ive had Serena since 2010 from June, 8 years on and I wouldn’t change my best friend for the world ❤️